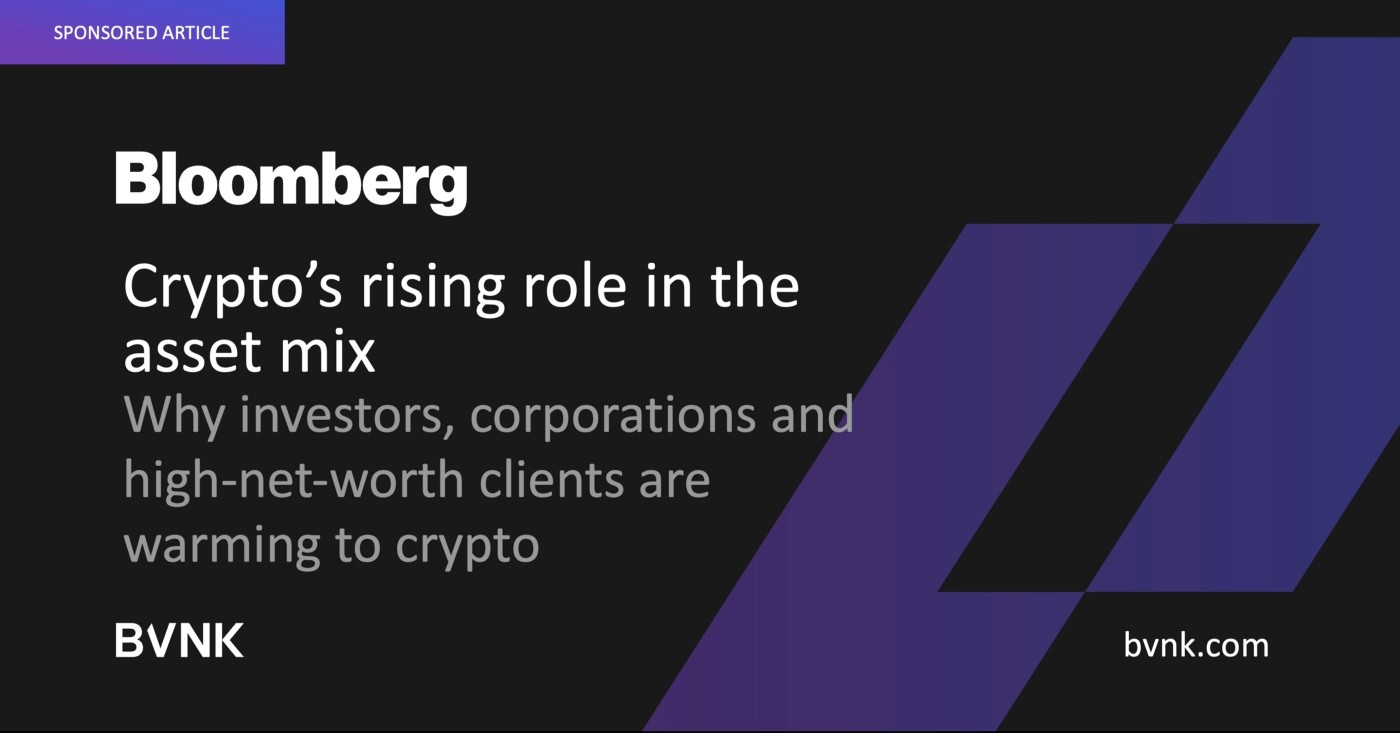 From barter systems to seashells, gold, silver and paper, the construct of money and currency has been on quite a journey — and following the developed world’s accelerated surge toward cashlessness, it seems that we are already entering another phase in currency’s evolution.

Since the global financial crisis, governments have implemented unprecedented monetary policies that have stimulated economies through large-scale asset purchasing and continuous quantitative easing programs, reignited to the tune of $33.3 trillion due to the Covid-19 pandemic. With vastly more money now in the system, the role of fiat currencies has come under some doubt, while supporting the case for the inflation-proof qualities of certain cryptocurrencies.

From certain corners, it might seem that Ethereum, the number-two digital asset, presents as much a threat to traditional finance as Bitcoin, the leading digital asset, does to gold, with the latter “well on its way to becoming the global digital reserve asset,” according to Mike McGlone, Senior Commodity Strategist at Bloomberg Intelligence.

Numerous parallels can be drawn between Bitcoin and the original shiny reserve asset, points out Chris Harmse, Managing Director of BVNK, a challenger to traditional banking, offering digital asset services.

“Look at the characteristics of gold over time; it boasts 5,000 years of history as a monetary metal, which became a traditional safe-haven asset due to its low correlation to stocks and bonds,” he says.

Gold’s physical scarcity runs alongside Bitcoin’s capped digital scarcity. While gold is backed by thousands of years of history, Bitcoin is backed by “the largest collection of compute-power the world has ever seen.” says Harmse.

As with the transition from horse and cart to automobile, it makes sense for holders of gold to shift some of that allocation towards crypto assets. Both gold and Bitcoin have the potential to rise further, particularly if U.S. Treasury yields return to their downward trajectories, as has been seen in other developed markets, such as Japan and Europe.

Bloomberg Intelligence Senior Fintech and Payments Analyst Julie Chariell says that her team is detecting accelerating institutional interest in holding cryptocurrencies within asset portfolios, with a switch from cash to hedge against inflation risk being a common strategy.

James Penny, U.K. Chief Investment Officer at discretionary investment manager TAM Asset Management, also acknowledges crypto’s potential as a viable inflation hedge. “In a world where equities and bonds are moving together, anything that can offer diversification and act as an inflation hedge is worth evaluating,” he says. “Also, given how much monetary and fiscal stimulus has been pumped into the global economy to offset the pandemic, there’s an even stronger argument for a diversifying currency.”

That said, given the nascency of crypto assets and their associated volatility, Penny foresees a necessary bubble before crypto activities make their way further into the mainstream.

Believing it to be nearly inevitable that “the notion of a cryptocurrency will form the backbone of the new economy,” he says that the investors he’s spoken to so far — particularly in the hedge fund space — are still treating crypto with kid gloves, typically holding allocation positions of between 0.25% and 2%.

“The next generation of decision makers on money are the ones interested in it. Traditionally, theirs might have been the more speculative portfolios meeting a higher risk appetite, but they want to be groundbreaking and to change the game, change the narrative.” Penny adds.

The price of risk

From BVNK’s point of view, a significant and recent trigger has been investors chasing yield along the capital market line. Harmse sees gold as “an analog monetary technology stuck in a digital world,” reflecting the narrative behind the idea of Bitcoin being “digital gold.” He believes this popular metaphor holds some merit, but he likens crypto to a more liquid form of venture capital.

Harmse, whose early career was spent working in traditional banking, asset management and hedge fund organizations, saw the massive injection of stimulus distort that line, skew the price of risk and force investors into new territories and assets in order to achieve any kind of meaningful returns. “There is around $16.5 trillion of negative-yielding debt in the system at the moment,” he says. “It appears to have effectively turned government bonds and savings into checking accounts, equities into bonds, in terms of the yields on offer, and crypto into venture.”

While BVNK was set up to ease the payments journey for customers and open up the digital asset market, its natural next step was offering customers the opportunity to earn yield on the assets held in their corporate treasury.

“We have seen a yield curve develop in the crypto markets,” adds Harmse. “It’s early days and we are still looking at the short end of the curve — one, three, six or 12 months — just like a traditional money market curve. Our clients can move their money around the world in just a couple of minutes using the blockchain as the payment rail, which allows global businesses to manage a treasury from one centralized account.”

Given the current negative and low interest rate environment, rather than, for example, paying a bank 15 basis points to hold the assets in a customer’s corporate treasury, Harmse says they could instead expect to earn between 5% and 8%.

Assets in funds invested in cryptos were below $5 billion a year ago. Now, they stand at almost $55 billion, supported by rising inflows and price appreciation of the funds’ underlying holdings, with this growth trend fueled further by recent ETF launches focused on the asset class.

If 2020 was the year Bitcoin and Ethereum were adopted by the mainstream, 2021 may be the year they found a home in traditional investment portfolios. As the traditional banking and digital asset banking worlds become increasingly entwined as the latter matures, BVNK believes it is well placed to reduce friction for its customers

Our blog is dedicated to bringing you the latest industry news in crypto, banking, treasury management and investments.